Want to know about the Great Stink of 1858 and what was done about it, why Queen Elizabeth I's teeth were black, how to find a witch (and what to do with her when you've found her), who the Resurrection Men were, have a chance to feast like a Roman and banquet like a Tudor, meet a soldier from the English Civil War and learn about useful things to do with poo? Then this course is for you - learn all about gruesome (and not so gruesome) food, recipes to cure you of the plague and fascinating facts about history.

- Why it was a good thing to avoid eating sweets in Victorian times - and not just sweets!

- Find out what's your Roman name

Have a go at making some Roman recipes - including

And take part in your own Roman feast

- Find out what you're suffering from - and how we can make you better (if we can!)

- The history of medicine

- Have a go at making up a recipe to cure everything - you'll like this one!

- The history of false teeth

The history of the Loo

- The Great Stink and how Mr Bazalgette sorted it

- Discover the secret rivers of London

- Poo and wee - and what to do with them

- How the jury system began

- And how you got punished for it

and other ghastly punishments

Witches: how to find them and what to do about them when you've caught them

Bring out your dead!

- What happened when you died if you were a Roman

- Types of gladiators - and which one are you?

The story of the Unknown Warrior

The Resurrection Men - the story of the body snatchers

- Meet Burke and Hare - and the London Burkers

The Necropolis Railway - and why it was established

'Orrible Occupations or what children did before they invented schools:

- In factories and in the fields

- Horrendous Henry and his six wives - and why did he get so fat?

- Malevolent Mary - why was she so miserable (and not very nice?)

- Glorious Gloriana - her fashion and makeup tips - and why did her teeth go so black?

The Tudor banquet - and what was served

Have a go at making some Tudor sweetmeats

And attend a Tudor Banquet 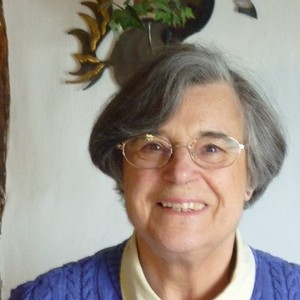 After studying costume making and cutting at Wimbledon School of Art Perry worked for some years in the film/ theatre costume industry before ending up in the Civil Service by accident. Following her retirement from the Civil Service she occasionally works for her first employer making costumes for TV and films.

Interested in history from an early age Perry developed an interest in seventeenth century food and recipes during the 29 years she has spent as a member of the English Civil War Society.

In recent years she has widened her interest and research to include the food and recipes of other periods of history.

Bookings are currently closed.
Join our e-newsletter for a reminder when bookings open