Fun with iPhone and iPad Video

Filming with an iPhone is great fun and today, moving pictures are the fastest-growing way people communicate. Whether it is sharing a film of the children with family, promoting a business or sharing your interests with others, making entertaining, attractive, professional-looking videos is easier than you think. After all, the phone in your pocket has proved capable of making high-end commercials and even, feature films. With five BAFTA nominations and a Master's degree in teaching filmmaking, your tutor has taught hundreds of professionals and amateurs how to make films that people really want to watch. Join them!

The course will be led by BAFTA-winning filmmaker Nigel Wattis, who has produced and directed over fifty one-hour documentaries for ITV, BBC and Channel 4, winning over twenty awards at festivals around the world. He has been a Series Producer and Executive Producer for ITV and Channel 4 and Head of Arts and Features for LWT and Granada Productions. Nigel also has an MA in teaching media from the Institute of Education at University College London. He shoots many of his own broadcast films and was an early adopter of iPhone and iPad.

This is a "hands-on course. Participants will learn by making a short film themselves. It would be helpful for participants to have a basic knowledge of the iPhone/iPad or of photography but developed skills are not required. It provides an opportunity to refresh your basic skills and is also an ideal extension to the Summer School "Introduction to Photography and Video with iPhone and iPad course. It will cover the fundamental skills of filming with smart devices and teach techniques that give films a more professional look. The course could vary in speed and depth depending on the requirements of participants but will go something like this: 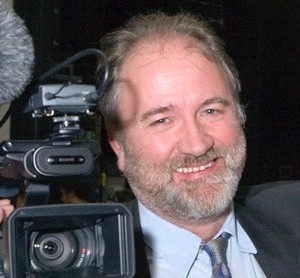 Nigel is a BAFTA-winning filmmaker, and also has an MA in teaching media from the Institute of Education at University College London. Nigel has produced and directed over fifty one-hour documentaries for ITV and Channel 4, winning over twenty other awards at festivals around the world. He has been a Series Producer for ITV and Channel 4, an Executive Producer and Head of Arts and Features for LWT and Granada Productions.

Create, Sing and Walk Your Way to Happiness

Don't let the January blues bring you down. At Marlborough College Summer School, we have some...