Beethoven 250: A Colossus Astride Two Centuries

This course demonstrates how Beethoven, a path-breaking innovator and child of the French Revolution, wrested music from 18th century Classicism and drove it into the passionate turbulence of 19th century Romanticism. Born 250 years ago, he settled in Vienna, the musical capital of Europe and gained a reputation as a virtuoso pianist and composer. Alongside biographical detail, including his loves and progressive deafness, you will explore how Beethoven transcended anything previously achieved in terms of originality and construction. You will consider why he remains at the summit of musical popularity and conclude with a discussion about his legacy. All of this will be enriched with ample musical and visual illustrations.

This course explores Beethoven's significance as a path-breaking innovator in Western musical history. A decisive figure in the progression from one era to another, it will be seen how this "Child of Revolution wrested music from the restrained milieu of 18th century Classicism and drove it into the passionate turbulence of 19th century Romanticism.

Born in Bonn 250 years ago, Beethoven settled in Vienna - then the glittering capital of music and culture in Europe. There he studied with Mozart and Haydn, but soon progressed beyond their compass. He gained a reputation as a virtuoso pianist, and as a brilliant composer with the tenacity to blaze new paths.

While enjoying ample musical and visual illustrations, it will be demonstrated how Beethoven transcended anything previously achieved in originality and construction, and why he still remains at the summit of musical inspiration and popularity today.

The historical background to the 18th and 19th centuries is covered in the first lecture, Beethoven's Personality, and his "musical fingerprints - the unique characteristics that make his music so distinctive. The second lecture includes Beethoven's ancestry, the composers who influenced his early "First Period works (Imitation), and his own piano playing. Included is the famous Heiligenstadt Testament (1802), motivated by the scourge of his worsening deafness. The third lecture celebrates the popular "Middle Period works in which Beethoven began to flex his own musical muscles (Externalisation) - and his great, unattainable loves. The fourth lecture covers the events and struggles of Beethoven's "Final Period (Reflection), illness, and the towering last works. Beethoven's Legacy is explored in the fifth lecture: his successors, and where his ideas led them - the innovations and contributions of one of the master minds of Western Civilization.

1: Introducing Beethoven and his Era

Notepad/notebook and pen for taking notes 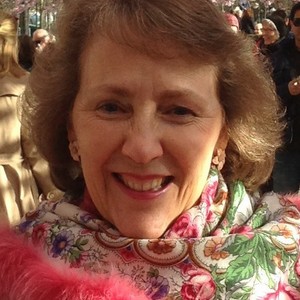 Elizabeth (South African-Swedish) is an accredited lecturer with The Arts Society, UK (formerly NADFAS). Before transferring to Sweden Elizabeth played the harpsichord and flute in Baroque ensembles, and sang in the Symphony Choir, Johannesburg, SA. She was a radio programme compiler and music producer at the SABC, and then assistant to an impresario organising concert tours for overseas artists throughout Southern Africa. She presented pre-concert talks for the JPO, and opera talks for the Cape Town Opera. She has been teaching adults the history and appreciation of music and art for many years in SA, Stockholm, and London. She currently tutors English in Stockholm, lectures at the University of Cape Town Summer School, and edits her own online culture-travel magazine: www.joiedevivremagazine.com .