Come and explore a wealth of choral music, including sacred and secular, a cappella and accompanied, ranging from madrigals and motets to contemporary part songs. Morning rehearsals and a final concert will take place in Marlborough College's magnificent Chapel. Music reading ability will be an advantage for this course, but all voices are welcome. The emphasis will be on the enjoyment of tackling an interesting and varied choral repertoire. Music will be provided.

Welcome to the Marlborough College Summer School Choral Workshop. Having been piano accompanist for two previous courses in 2006 and 2014, I much look forward to making music with you.

We will have available a wide variety of music to explore, from madrigals, anthems and folksongs to one or two contemporary works which I hope will be new to you. We will select pieces for more detailed rehearsal according to the balance of vocal parts and our collective sight-reading ability.

As usual, we will entertain our fellow Summer School participants with a short concert in the College Chapel at 1.10 pm on Friday 16 July. 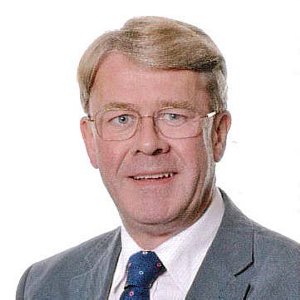 John Jenkins began his musical career as a chorister at Bristol Cathedral. He later read music at Durham University where he was organ scholar of University College and conductor of the University Chamber Choir. As assistant organist at Bristol Cathedral from 1977 to 1981, he made several recordings, television and radio broadcasts and accompanied the cathedral choir on its first European tour. From 1982 to 1991 he combined full-time teaching in Staffordshire with the conductorship of the Derwent Singers and regular engagements as organist and continuo player. His choral work with young people has embraced the music courses of a number of institutions, including the Incorporated Association of Preparatory Schools, the National Children's Orchestra, Gloucester Academy of Music, the Cambridge School of Music and the Royal School of Church Music. John was appointed organist of Sherborne Girls in 1992, becoming Director of Music in 1996. As well as directing the school's four choirs, he is also joint conductor of the Sherborne Schools' Symphony Orchestra and Sherborne School Choral Society. Since 2008 he has been guest conductor of the Variations Ensemble Vocal et Orchestre in the Dordogne region of France, with whom he has collaborated on several major choral works, including three 'scratch' performances of Handel's Messiah to support the work of the Anglican Chaplaincy of Aquitaine.