Lancastrians, Yorkists and the Emerging Tudors: England and its Rulers 1399 to 1509

Following Richard II's deposition by Henry IV in 1399, the Lancastrian kings were to rule England for the next 60 years. After the great successes of Henry V in the Hundred Years War, the failures of his son, Henry VI, precipitated the Wars of the Roses, the fall of the House of Lancaster and the successive reigns of the Yorkist Kings, Edward IV and Richard III. This course will examine and assess these two dynasties and the rule of Henry Tudor, the penniless adventurer who, rather against the odds, was to establish a new dynasty that would dominate English politics for over a century.

- The turbulent reign of Richard II and his deposition

- Henry IV: survival against intrigue and rebellion to secure the dynasty

- The Wars of the Roses from St Albans to Mortimer's Cross

- The Wars of the Roses from Mortimer's Cross to Tewkesbury

- Richard of York's seizure of power and short reign

- The Battle of Bosworth: England won in a day?

- The reign of Henry VII: establishing the Tudor dynasty 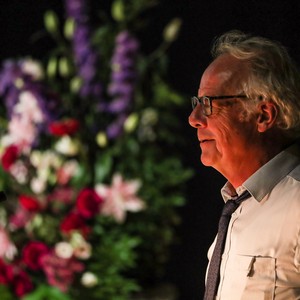 Mark Cottle was born on the Isles of Scilly, went to school at Truro, Cornwall and studied at Birmingham University, graduating with an MA in medieval history and literature. He has spent his career in teaching, lecturing and training at home and abroad. He currently runs two small companies, Exploring History, which offers lectures and courses in mainly medieval and Tudor history and Romarc Training & Development which designs and delivers corporate training.