The Middle East: Politics and Prospects

This course will cover the background to the conflicts and confrontations from which this vital region suffers. You will explore the issues that divide the area and the politics whose outcomes affect us all. You will look at the personalities of the leaders in these vividly contrasting countries, from the wealth of the oil producers to the poverty of those stricken by war. Finally, you will analyse the prospects for peace and recovery. The tutor, a former Ambassador in two Gulf countries, will take you through these absorbing and important questions.

The Middle East has for long been the focus of attention of world politicians - and sadly, also the location of much violence and destruction. This course offers an opportunity to look at the background to the area's current troubles, and to consider how the future might be shaped. On the five days we shall consider:

- How the countries of the Near and Middle East emerged from the Ottoman Empire, World War I and the Versailles settlement, the Mandate Period, and the middle of the 20th century (World War Two; the foundation of Israel; and the Arab-Israeli wars of 1948, 1967 and 1973).

- Economics: the development of the oil and gas industry, the use of "the oil weapon in the hands of OPEC and OAPEC, and the effects of oil wealth in Middle Eastern societies.

- The emergence of al-Qaeda, IS, and other extremist organisations, and how this affected the region; the wars in Iraq, Syria and Yemen.

- The Arab Spring and its outcomes.

- The future: can the wounds be healed?

You need bring nothing other than a notebook (for your own notes, to supplement the handouts) and pen/pencil. 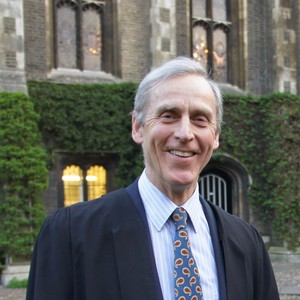 Stuart Laing was Master of Corpus Christi College, Cambridge from October 2008 to August 2018, after a first career in the British Foreign Service. He specialised in Arab and Middle Eastern affairs, serving in Saudi Arabia and in Cairo, and then as Ambassador in Muscat, and later in Kuwait. He researches and writes on Arab and East African history. He is co-author (with Robert Alston, another former Ambassador in Muscat) of a book on Omani-British history, Unshook Till the End of Time, took an MPhil at Cambridge in 2012 on the abolition of slave trading in the Indian Ocean, and has published a biography of Tippu Tip, the Arab ivory trader of the late 19th century.