The town of Marlborough, now famous for its gentility, actually has an exciting, turbulent and revolting past. The Mound, still visible in Marlborough College's grounds, was the centre of an important castle much fought over and in 1267 was the place King Henry III and his barons made peace. Local people defied the Tudor king, Henry VII, by armed resistance. In 1642, they led the English Revolution defending their town from Royalist attack. In 1831, support for Parliamentary Reform led to a noisy parade around town ending with the burning, in effigy, of reactionary Members of Parliament. Join this course to discover the fascinating history of this stunning town.

This is a half day course exploring exciting moments in Marlborough's past from prehistory to the present. Each session begins with a classroom based talk given with the aid of an illustrated PowerPoint presentation. This is followed by a guided walk of discovery around Marlborough to find and expand on those identified historical features and events. The walks have been planned and risk-assessed to begin and end at Marlborough College. Comments, observations, and questions are encouraged at any appropriate time.

Students will receive a handout giving information on the day's topic. A notebook and pen/pencil would be useful.

A summary of the topics covered in each day of the course is given below.

Day One: The Origins of Marlborough (Prehistory to King John's Charter of 1204)

The Neolithic Mound in Marlborough College: its medieval use as the castle motte. Site of an 11th century mint, imprisonment of a deposed English bishop in 1070, visit of King Henry I in 1110, attack by King Stephen in 1139, capture of the castle by Hubert Walter's army in 1194. Early history of the borough of Marlborough: the 1086 Domesday Book to King John's charter of 1204.

Day Two: The Castle and Later Medieval and Tudor Borough of Marlborough (1204 to 1603)

King John and his association with the castle: its brief occupation by a French army in 1216; the 1267 Statutes of Marlborough. The castle's decline and the expansion of the borough; resistance to King Henry VII's repressive measures; King Henry VIII and Jane Seymour from Wolfhall in Savernake Forest; Queen Elizabeth I's charter of incorporation of 1576.

The impact of the Stuart King James I and the unpopularity of his son King Charles I; the growth of support for Parliament in the impending crisis; outbreak of war and the Royalist attack on the town in December 1643; the Commonwealth and Marlborough's "recruiter Member of Parliament, Charles Fleetwood, Cromwell's son-in-law; the 1653 fire and the rebuilding of the town; the banning of thatch in the borough in 1690.

18th century improvements of the Great West Road through Marlborough by turnpike trusts; large increases of horse-drawn traffic; the introduction of mail coaches in 1784; development of coaching inns; bypassing of the town by the Kennet and Avon canal in 1810; post-war distress, suppression of the 1830 Swing Riots; local support for parliamentary reform, the burning in effigy of Marlborough's Members of Parliament, who were opposed to reform, by an angry crowd in April 1831. The opening of the Great Western Railway through Swindon in 1841 and its catastrophic effects on the coaching trade. A school, "for the sons of clergy and others, opens at the former Castle Inn.

Day Five: Marlborough College and the Quest for the Picturesque (1843 to the present)

The early years of the Marlborough School for the Sons of Clergy and Others (renamed Marlborough College in 1845); the college's early success as a modern educational experiment; difficulties and the 1851 "rebellion; recovery and transformation under Cotton and Bradley; connections between the College and the Town; Victorian Marlborough; the 20thcentury and the "quest for the picturesque. The development of Marlborough into the picture postcard card it is today.

I would be delighted to answer any questions, queries about my course. I can be contacted via my website at www.wiltshirehistoryman.org.uk 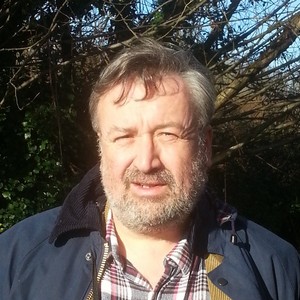 Nick Baxter is a retired history teacher with a Master's degree (MA) in Public History from the University of Warwick. He is a published author and has contributed to the "BBC History magazine and to "Wiltshire Life. He has had three articles on the early history of Marlborough College published in the "Marlburian Club magazine. He is the co-author of "Marlborough at War with the King: Two Weeks that Shook the Town, a work of historical fiction focussed on the Royalist attack in 1642.

Nick currently serves on the committee of the Marlborough History Society as historical adviser and facebook administrator. He is one of two historians on the Avebury and Stonehenge Archaeological and Historical Research Group (ASAHRG).

Nick speaks on a wide range of history and local history subjects. He also gives guided walks to interested groups. All that he does can be found on his website www.wiltshirehistoryman.org.uk