This course is a celebration of classical writers, from Homer and Hesiod, through to the earliest historians, dramatic playwrights and philosophical geniuses and into the Golden Age of imperial Roman poets, writers and historians. The Silver Age and beyond will take you to the Classical authors' impact on Christian and Renaissance writings. The tutor will share the exciting narrative of ancient literature and its contexts, connections and even its legacies in later centuries, making classical literature accessible and relevant to you.

This course offers a chance to brush up your knowledge of those great writers of antiquity. They dramatically shaped our own English literature and even the way we think.

We explore the earliest western literature, Homer's epics, and the early historians Herodotus and Thucydides. The playwrights of Athens - Aeschylus, Sophocles, Euripides and Aristophanes - are a vital and dramatic part of our tale. Meanwhile, the Greek philosophers, including Socrates, Plato and Aristotle, changed the way the world appears to us.

The Romans later adopted and adapted all of these, as their own literature blossomed out of this heritage. They made their own mark on history, drama and philosophy and Cicero was the pinnacle of Roman oratory and rhetoric (the skill of persuasion). As the Roman empire dawned, so did the 'Golden Age' of Latin, with some of the greatest poetry ever written; Virgil, Horace, Ovid and Catullus all thrived now. Over the centuries, 'Silver Latin' took its place, with innovative novels (even early science fiction!), satires, biography and the art of letter-writing. Quintilian, Pliny the Elder, Juvenal, Martial and Pliny the Younger are all names we meet in this age.

As we meet all these authors, we unravel who wrote what and when, and we find out what makes each of them so special, even over 2,000 years later. A thrilling dimension is that various ancient writers provide us with insights into what the ancients themselves thought about these great writers.

By discovering these works and writers, we unearth the ancient civilizations and the audiences that each author was writing for. What was their world like? What were their lives like? And how did their writing reflect that?

Most of all, we shall untangle and make accessible these great writers and their works that changed the world.

No knowledge of ancient Greek or Latin is required for this course. Of course, we shall read extracts from important texts and we shall glimpse some quotations in the original Latin, to sample a flavour of the power of the language. Most, however, will be in translation.

The course is richly illustrated throughout using high quality images of both ancient and modern art that bring the works and the ancient lives to life. For our modern lives and media are full of echoes of Classical Literature.

Handouts will be provided, including the quotations used in the course.

- Greek drama: the divine question of life and death, and the comedy of life

- The Roman Republic & the Augustan World:

- Late Antiquity and the Christian World

- The City of God: Gospels to Augustine & Jerome 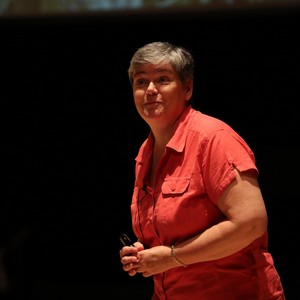 Bookings are currently closed.
Join our e-newsletter for a reminder when bookings open